This was the day of the England versus West Germany World Cup match, so it seemed like a good idea to go for a walk. I couldn't persuade anyone else to come out with me so decided the visit Cwm Cywarch, where I have never been before. I also wanted to climb Aran Fawddwy, which would be another first for me.

Cadair Idris from the summit of Aran Fawddwy 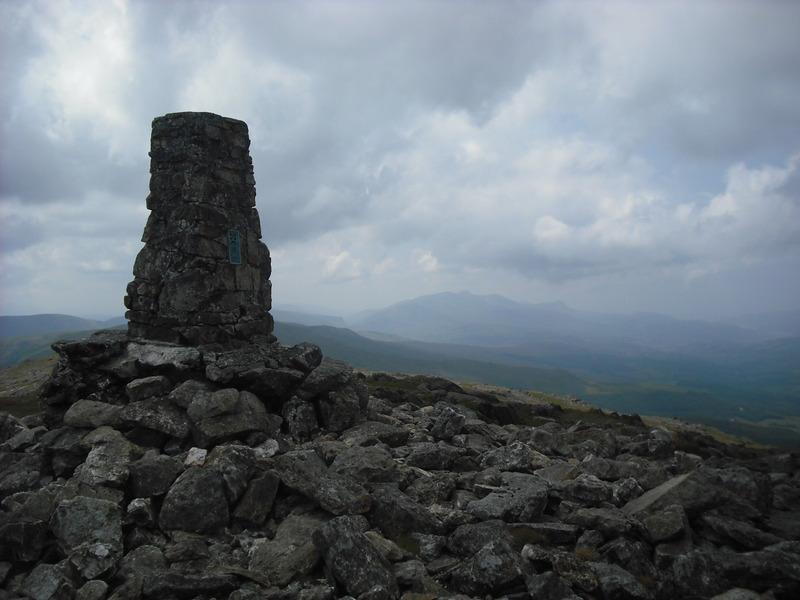 I managed to find the road into Cwn Cywarch easily enough. The turn off from Abercywarch onto the minor road into the cwm is actually sign posted. The final section of road is single track, but luckily I only met one car coming the opposite way and I was close to a passing place. There is a small car park next to the farm at Blaencywarch Farm. This was almost empty and I parked next to a car whose occupants were going climbing on Craig Cywarch. It was predicted to be the hottest day of the year so far, with temperatures reaching 30C. Not wanting to repeat my experience of getting dehydrated on the Glyders, I made sure that I packed plenty of fluids.

I put on my boots and set off up the road past the farm. The path is well marked on the left just past the farm and climbs up the hillside past an obvious tree. It continues up alongside a stream up the obvious gully to the col below Glasgwm. There are good views northwards over the Rhinogs from here.

The path now follows the line of a fence, which runs slightly East of North. This area can be very wet and boggy and there are several sections with duckboards. Luckily, after the recent extended dry spell it was almost completely dry and I didn't need the duckboards.

You can see the summit of Aran Fawddwy in the distance. In poor visibility the fence would be a very useful navigational aid. As you approach the summit area, the ground steepens slightly and about half a kilometre from the top a fence comes in from the right. The descent route follows this fence. Note that you cross a couple of other fence before you reach this one.

View of the Rhinogs 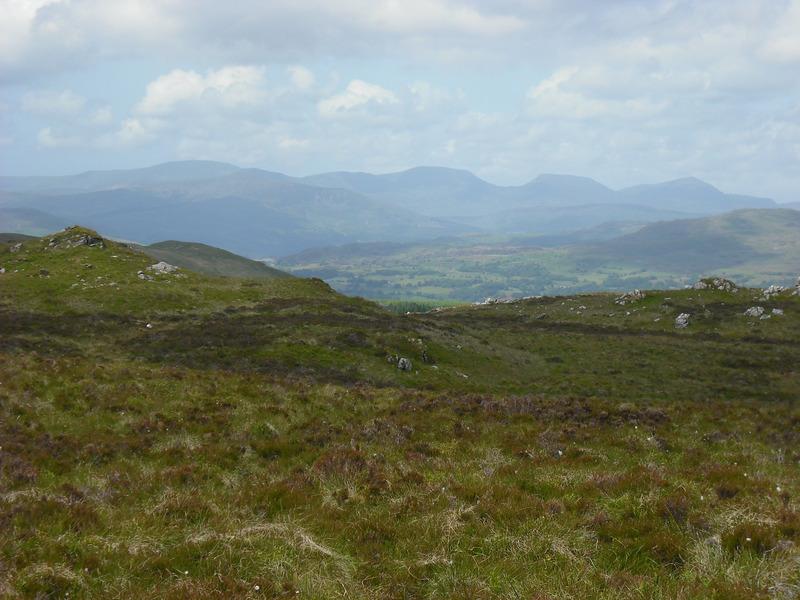 Finally you emerge on the summit plateau and the trig point is visible some way in front. The view from the summit is exceptional. Looking North along the ridge over Aran Benllyn, Lake Bala is visible. To the South Cadair Idris stands out and there are views over most of the other peaks of North and mid Wales. Below the steep East face the isolated waters of Creiglyn Dyfi can be seen. To the North East vast areas of boggy moorland surrounding Lake Vyrnwy are visible.

While I was on the summit the wind had picked up, so I put on my Paramo Tores Gilet. I retraced my steps back to the junction of the two fences and set off towards the cairn on the ridge above the valley of Hengwm. This commemorates Mike Aspain, a member of the RAF mountain rescue team, who was killed in 1960 by lightning near here. From here the path continues to the summit of Drysgol. There are fine retrospective views of Aran Fawddwy from the whole of this section. The wind had blown in the clouds from the west and the summit of Aran Fawddwy was intermittently disappearing.

Looking towards the memorial cairn 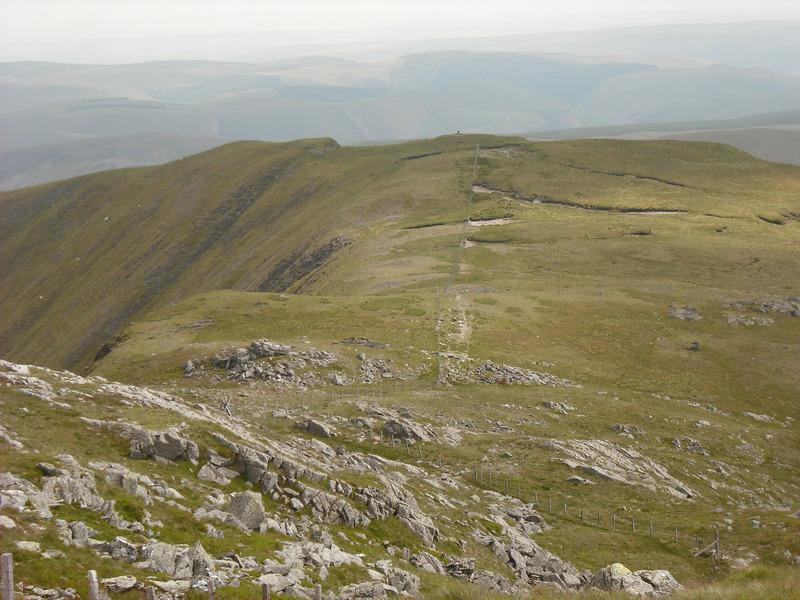 Once over the summit of Drysgol, I headed downhill towards the col at the base of Waun Goch. From the col there is an obvious path that heads South West along the western slope of Waun Goch, leading back to the road a hundred yards or so from the car park. As I descended the track the cloud over the summits began to disperse again and they were clear by the time I got back to the road.

Apart from the two climbers, I saw only two other people, one near the summit of Aran Fawddwy and one near the bottom of the final descent. I was surprised at the remoteness of Aran Fawddwy. In the good conditions I experienced it was straightforward, but in poor visibility navigating the route would be quite a challange. Although there are paths their relativley uneroded state, given the boggy nature of the ground, suggests that there must be relatively light traffic. I shall definitely be back, possibly on a two day trip, to explore the area better.