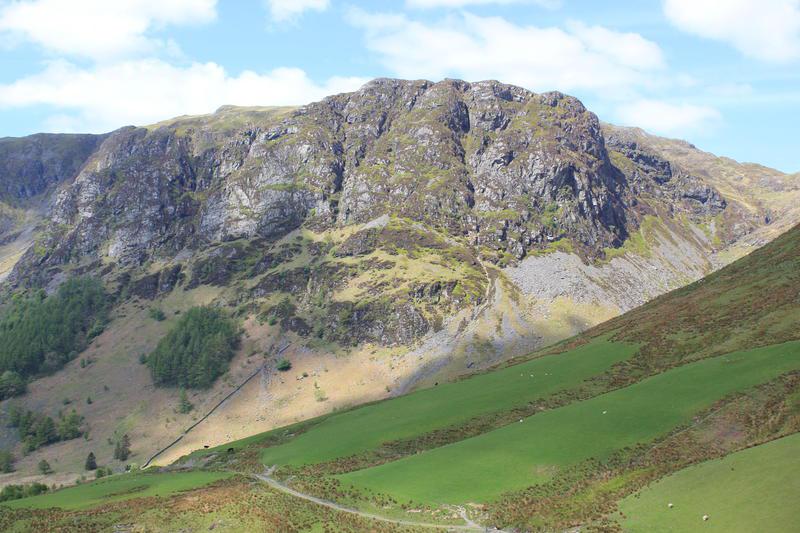 Finally a period of sunny weather. I had wanted to get out for an overnight trip, but the weather had put paid to any trips so far this year. After dropping the children off at the school bus I set off for North Wales. I still hadn't decided exactly where I was going, but on my way over the A5104 made up my mind to have a go at the Arans traverse and camp on Glasgwm. This was a trip that I had been thinking about for some time, as I had never climbed Glasgwm. After several trips over the Arans in indifferent weather, I had wanted to save the circuit for a settled period of fine weather.

The plan was to park in Cwm Cowarch, then walk up Hengwm and over the summit of Aran Fawddwy followed by a crossing of the boggy along the boardwalks and then a final pull up Glasgwm, where I would camp next to Llyn y Fign. The next morning I would follow my route of ascent back to the path leading down into Cwm Cwyarch and so back to the car park. 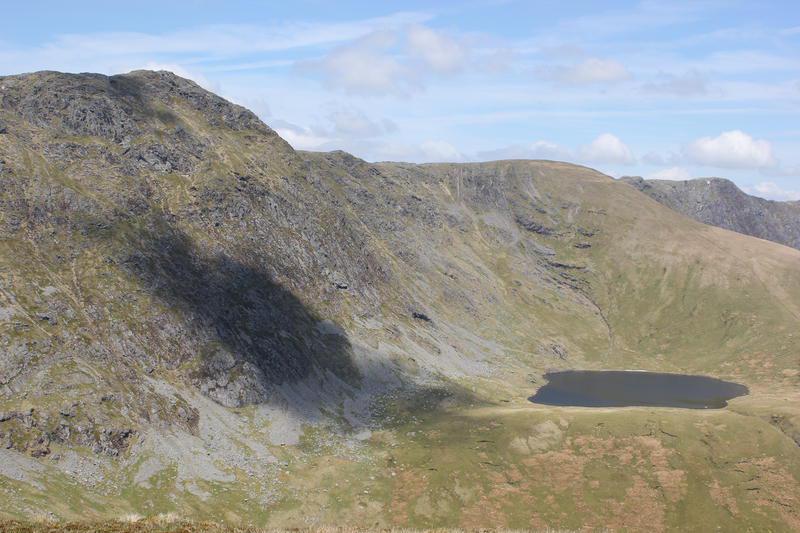 I packed my rucksack and emptied a bottle of flavoured water into one of my Platypus bottles. I set off from the car park shortly after 11:00am heading for Hengwm. Just after I had crossed the stream a few hundred yards from the car park, I realized that I had left the Platypus with the flavoured water in the car. Rather than go back for it, I filled another Platypus up from the river. This wasn't really enough water for the whole day, but I thought I would be able to get more water higher up.

Memorial with Cadair Idris in the background 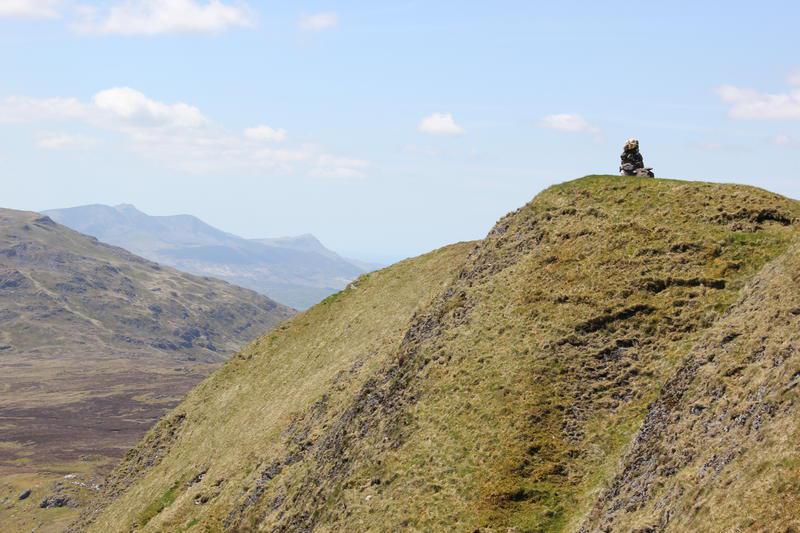 Walking up Hengwm I was in the shade, which made for pleasant walking as it was very hot in the sun. On the far side of the valley I had a perfect view of Craig Cwyarch, with its great rock climbs like "Will o' the Wisp" and Acheron. Cresting the slope up to the col, I decided against plodding through the peat hags to visit the top of Waun Goch and struck out up the slope towards Drysgol. When I reached the memorial at Drws Bach I stopped for a drink and ate the slice of Victoria sponge I had brought with me. The summit ridge of Aran Fawddwy was completely clear and there were great views over the steep East face and down to Craiglyn Dyfi, where I had pitched the Voyager Superlite last year for the first time in pouring rain.

Rhinogs in the distance 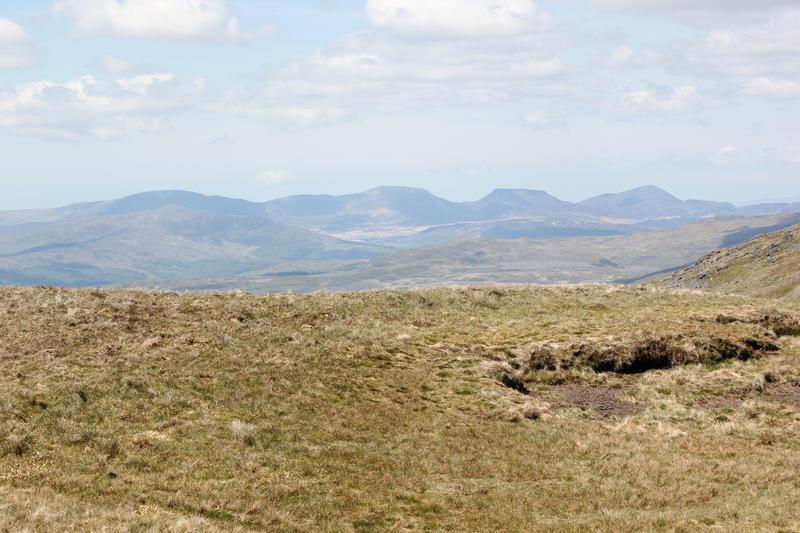 After a short rest, I continued up towards the summit of Aran Fawddwy. On the way I crossed a ladder style and noticed a small plaque with the OS grid reference on it. On the rest of the walk I saw that every style now had one of these plaques. I can't help thinking that putting these everywhere is destroying the remoteness that many people seek in the mountains. There was someone resting near to the cairn who said that he was reccing a walk he was planning to lead at the wearing the weekend. After he left I got out my lunch and ate it with my feet dangling over the drop above Craiglyn Dyfi. I thought that there would be pools of water around the summit, but I could find any. I new that there were several big pools near to the summit of Aran Benllyn. However, I was too lazy to walk the extra distance to Aran Benllyn and thought I would be certain to find more water before my ascent of Glasgwm. This turned out to be a bad decision! 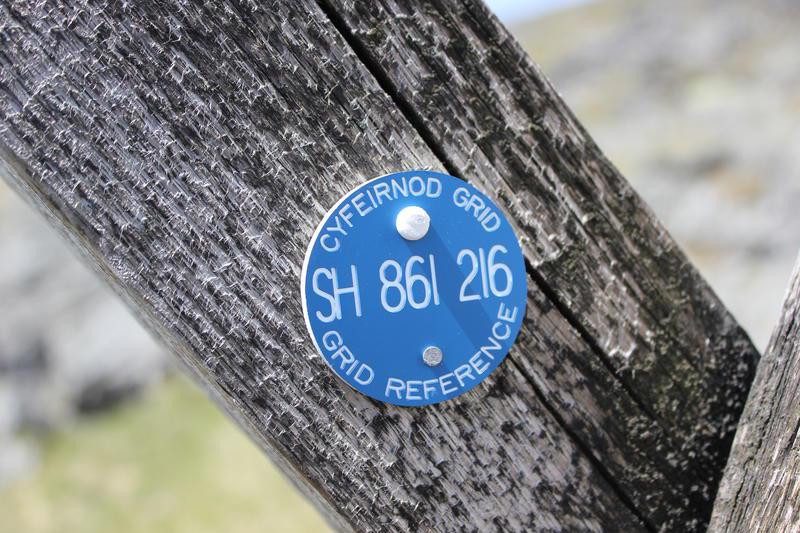 When I had finished lunch I started to make my way back down the summit pyramid to join the fence that would take me to the bottom of Glasgwm. I could see the cairn on the summit clearly, but knew that it was a fair distance to walk before I reached the final slopes up to its summit. Just after I crossed the ladder style at the start of the fence, I met another man who was sitting admiring the view. In the whole day I only saw three people. 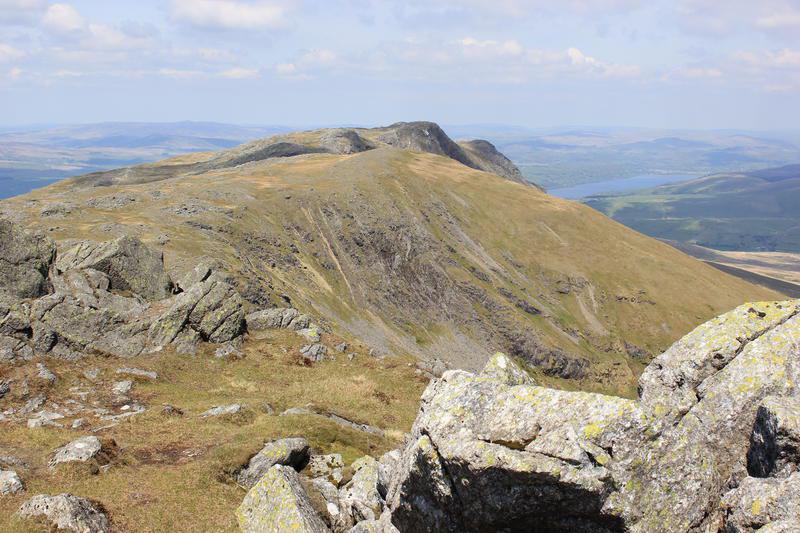 Luckily the ground was fairly dry, with only a couple of the boarded sections over the bogs covering significantly wet sections. It seemed a long way to where the path met the one coming up from Cwm Cywarch and I didn't find any sources of water to replenish my supply. By the time I reached the slope that leads up to Glasgwm, I was feeling a bit dehydrated. Foolishly, I didn't walk the extra couple of hundred yards to find the start of the stream that flows down to Cwm Cywarch, but started off in the opposite direction to find the path that climbs up Glasgwm.

The first job was to go straight down to the lake and drink lots of water. Once I had rehydrated, I looked around for a camp site. There was a perfect flat grassy patch that was near to the ladder style. I soon had the tent pitched and lay down inside to escape from the sun for a few minutes and rest. 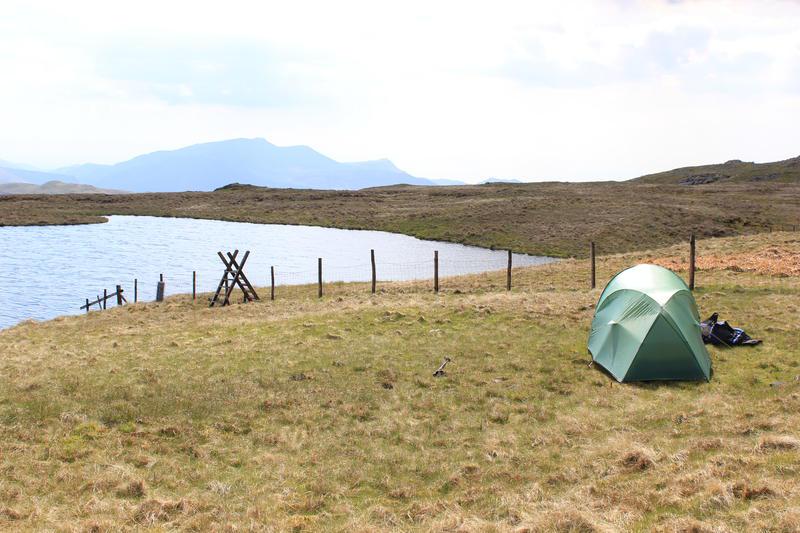 There was plenty of daylight left, so once I had eaten tea I set off around the summit to explore. Although it had been a warm day, there was very little haze. There was just enough breeze to keep the insects away. I was quite tired, but wanted to get some pictures of the sunset, which was around 9:30pm. Shortly after nine I got out of the tent and wandered around taking photos. Finally I sat next to the summit cairn and watched the sun drop below the horizon. 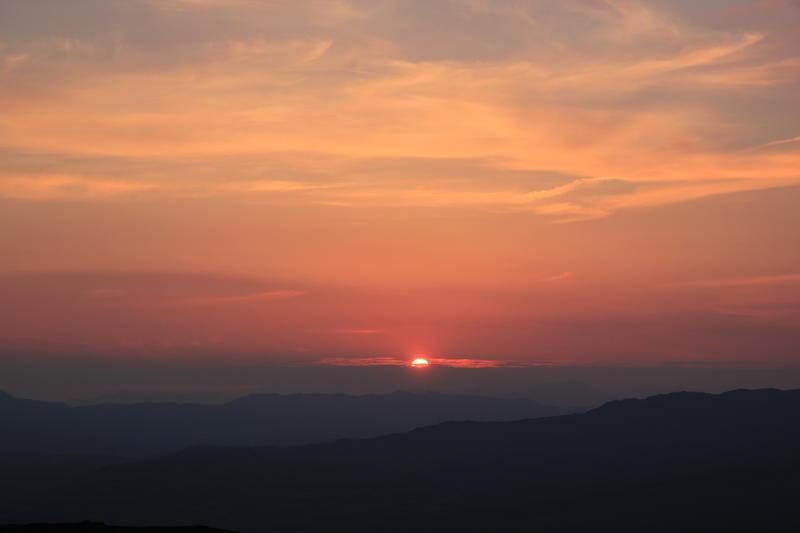 Crawling back into the tent, I fell asleep almost immediately. When I woke up it was light. Glancing at my watch it was shortly after 5:00am. I had wanted to get some pictures of the sunrise, which was just before 5:00am. Scrambling out of the tent I was just in time to get some photos of the sun rising over Aran Fawddwy.

I made some breakfast with Mountain Trails excellent porridge and began to pack up the tent. I didn't want to be late back and it was obviously going to be another hot day, so I was packed up and ready to descend shortly after 6:00am. Taking my time, so I could enjoy the views I retraced my line of ascent along the fence. I enjoyed the steep descent into Cwm Cywarch. The sun was beginning to illuminate the valley and the shadows formed as it rose were making all sorts of interesting shapes over the valley. Lost in my own thoughts I walked straight past the car park, not realizing my mistake for about a quarter of a mile. 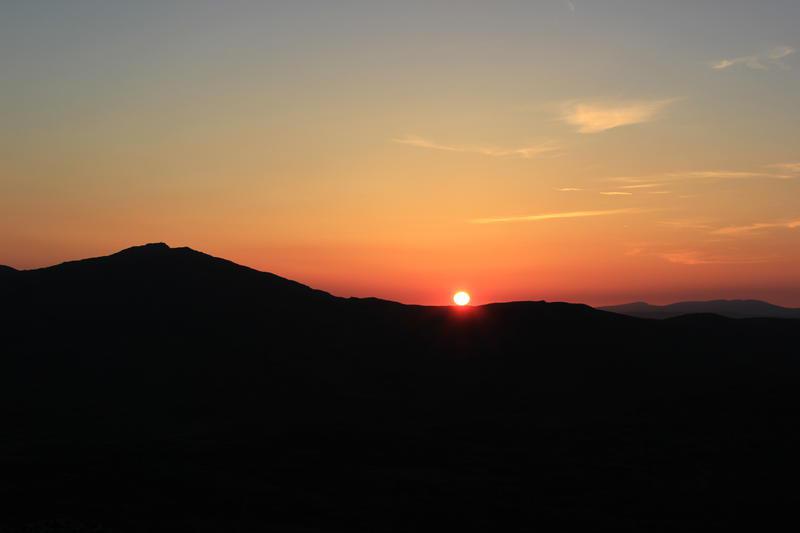 It had been a memorable trip. Perfect weather, a perfect wild camping spot and almost deserted mountains.

I made some porridge for breakfast and began to pack up the tent. I didn't want to be late back and it was obviously going to be another hot day, so I was packed up and ready to descend shortly after 6:00am. Taking my time, so I could enjoy the views I retraced my line of ascent along the fence.